No items found.
Culture Kings needed a campaign in a hurry. 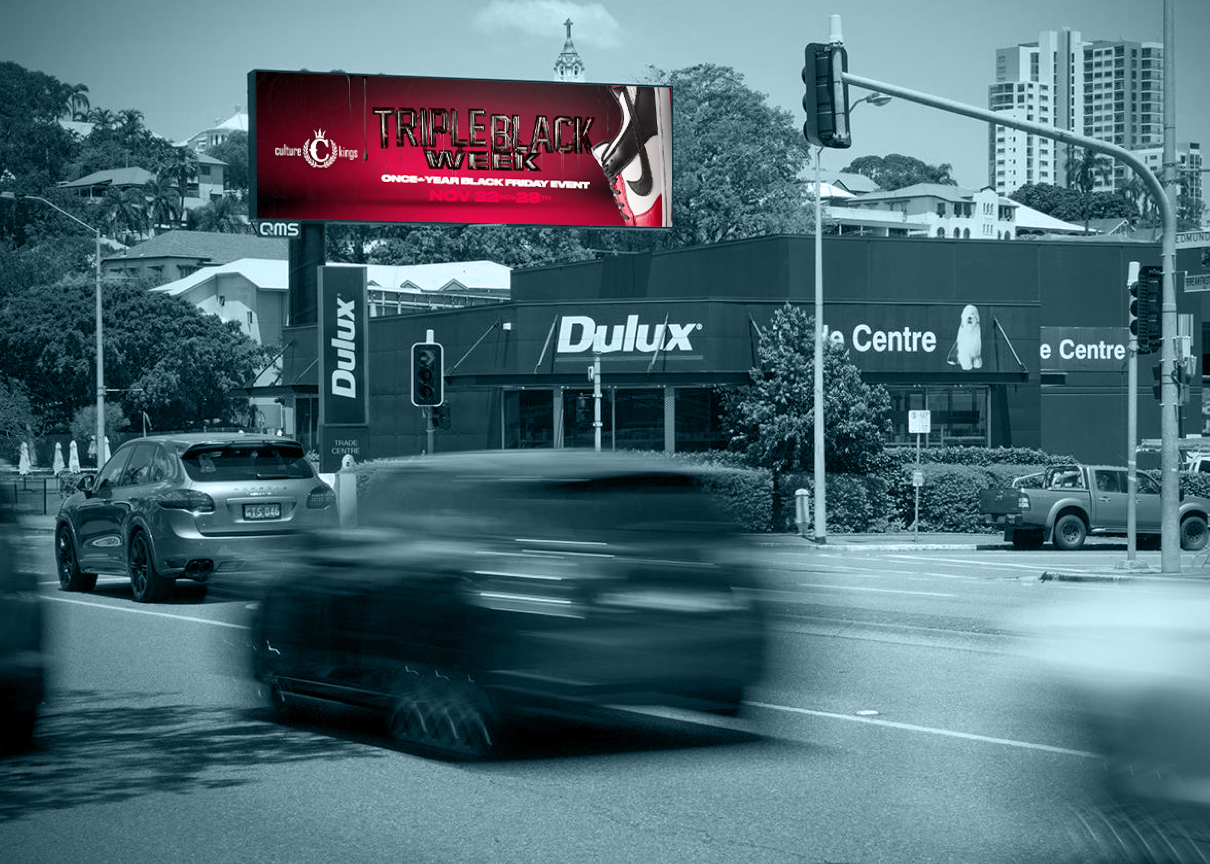 They were looking to promote their Black Friday sale event on billboards alongside their online digital media mix. We were past artwork deadlines for all the major outdoor media providers in Brisbane, and there was practically no way left to take the ad to the big screens. It’s fair to say, there was a slight pickle that needed unpickling.

How could we still deliver the ads in time for Black Friday?

‍The great thing about CAASie.co is the on-demand nature of the platform. In simple terms, there’s no such thing as deadlines! Of course, the artworks are still subject to approval but, for all intents and purposes here we had enough time to cover artwork approval.

All that was needed was to select the desired billboards from the CAASie.co UI, and upload the relevant ads. We worked with the lovely Kyra at Culture Kings to identify all the possible sites that would be suitable for the brief, and she went off to source some correctly-spec’d artworks from their amazing design team (kudos to them)!

Once she got a hold of the artworks, she simply uploaded them via the platform and the campaign was ready to go live.

The campaign went live on the Friday, and broadcasted the Black Friday sale to shoppers all over the city. We were lucky to snap some photos of them "in the flesh”, of course. But those photos were terrible, so have a sexy one instead (at the top of this article).

The overall results were pretty impressive. In all, the campaign reached over 90,000 people, with over 7 hours of accrued screen time over the campaign. And that’s just over a 7-day campaign duration.