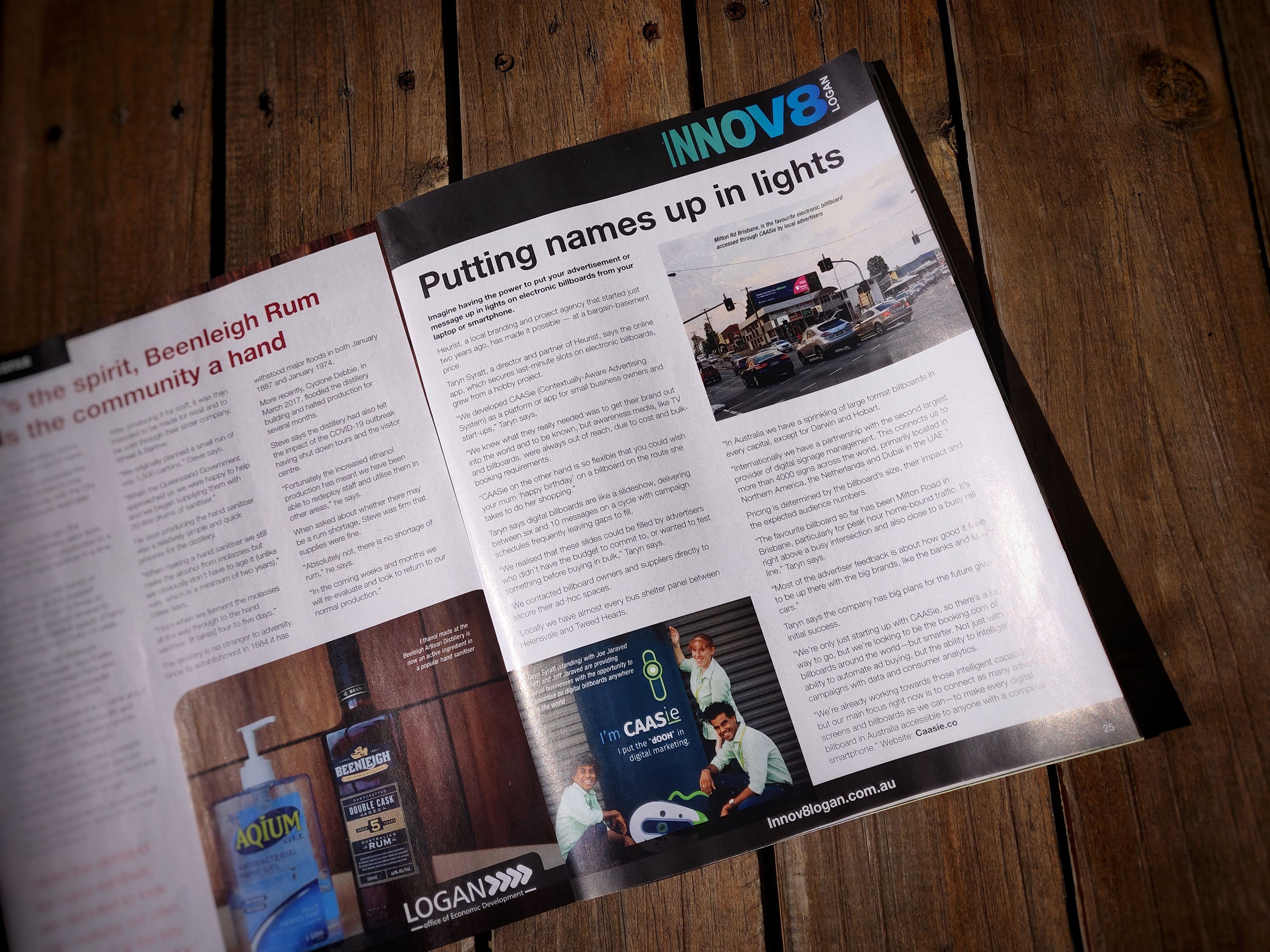 Putting Names Up In Lights

Putting names up in lights

Imagine having the power to put your advertisement or message up in lights on electronic billboards from your laptop or smartphone.

Heurist, a local branding and project agency that started just two years ago, has made it possible — at a bargain-basement price.

Taryn Syratt, a director and partner of Heurist, says the online app, which secures last-minute slots on electronic billboards, grew from a hobby project.

“We developed CAASie (Contextually-Aware Advertising System) as a platform or app for small business owners and start-ups.

“We knew what they really needed was to get their brand out into the world and to be known, but awareness media, like TV and billboards, were always out of reach, due to cost and bulk booking requirements.

“CAASie on the other hand is so flexible that you could wish your mum ‘happy birthday’ on a billboard on the route she takes to do her shopping.”

Taryn says digital billboards are like a slideshow, delivering between six and 10 messages on a cycle with campaign schedules frequently leaving gaps to fill.

“We realised that these slides could be filled by advertisers who didn’t have the budget to commit to, or wanted to test something before buying in bulk,” Taryn says.

“We contacted billboard owners and suppliers directly to secure their ad-hoc spaces.

“Locally we have almost every bus shelter panel between Helensvale and Tweed Heads.

“In Australia we have a sprinkling of large format billboards in every capital, except for Darwin and Hobart.

“Internationally we have a partnership with the second largest provider of digital signage management. This connects us to more than 4000 signs across the world, primarily located in Northern America, the Netherlands and Dubai in the UAE.”

Pricing is determined by the billboard’s size, their impact and the expected audience numbers.
“The favourite billboard so far has been Milton Road in Brisbane, particularly for peak hour home-bound traffic. It’s right above a busy intersection and also close to a busy rail line,” says Taryn.

“Most of the advertiser feedback is about how good it feels to be up there with the big brands, like the banks and luxury cars.”

Taryn says the company has big plans for the future given its initial success.
“We’re only just starting up with CAASie, so there’s a long way to go, but we’re looking to be the booking.com of billboards around the world—but smarter. Not just with the ability to automate ad buying, but the ability to intelligently plan campaigns with data and consumer analytics.

“We’re already working towards those intelligent capabilities, but our main focus right now is to connect as many advertising screens and billboards as we can—to make every digital billboard in Australia accessible to anyone with a computer or smartphone. 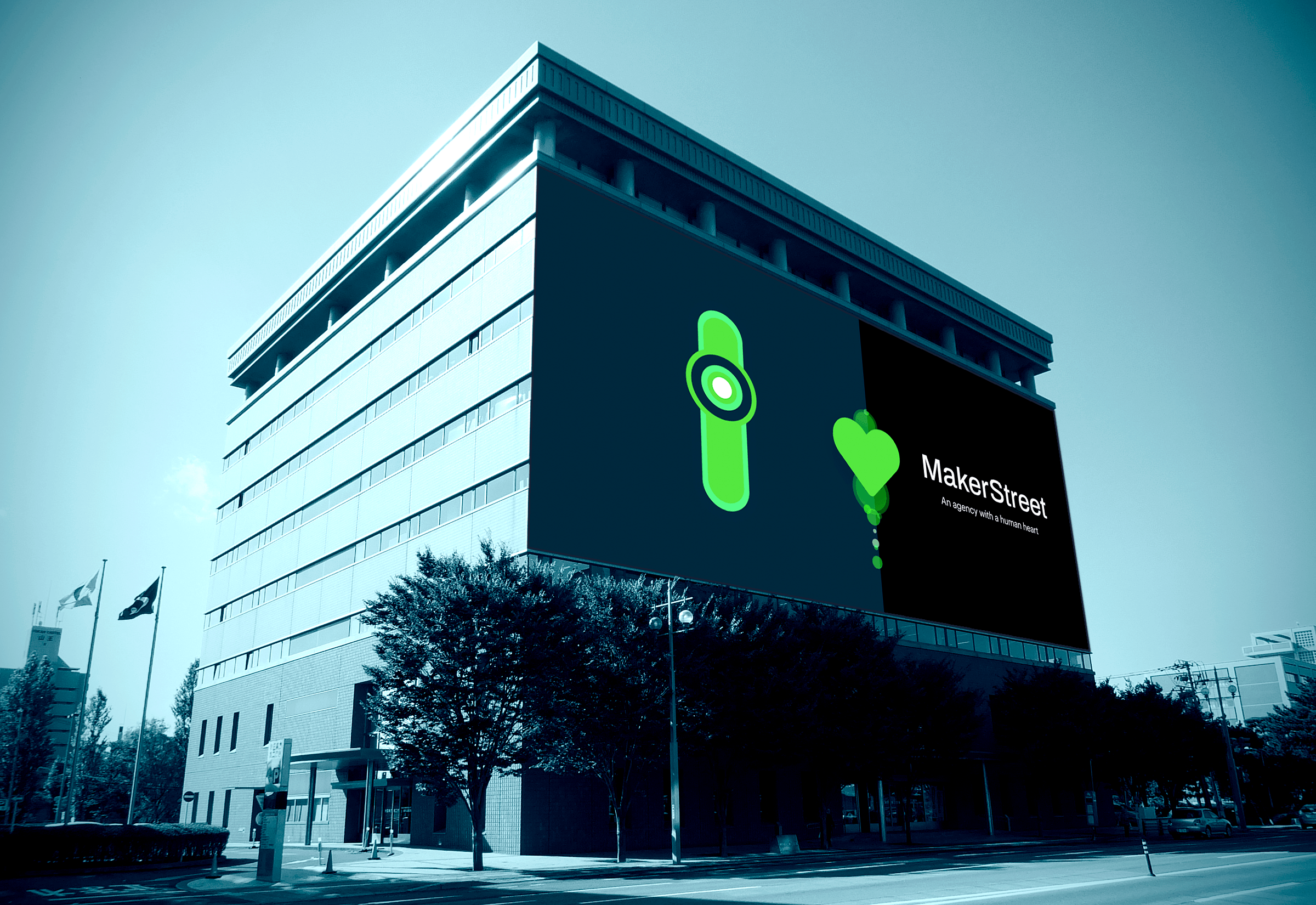 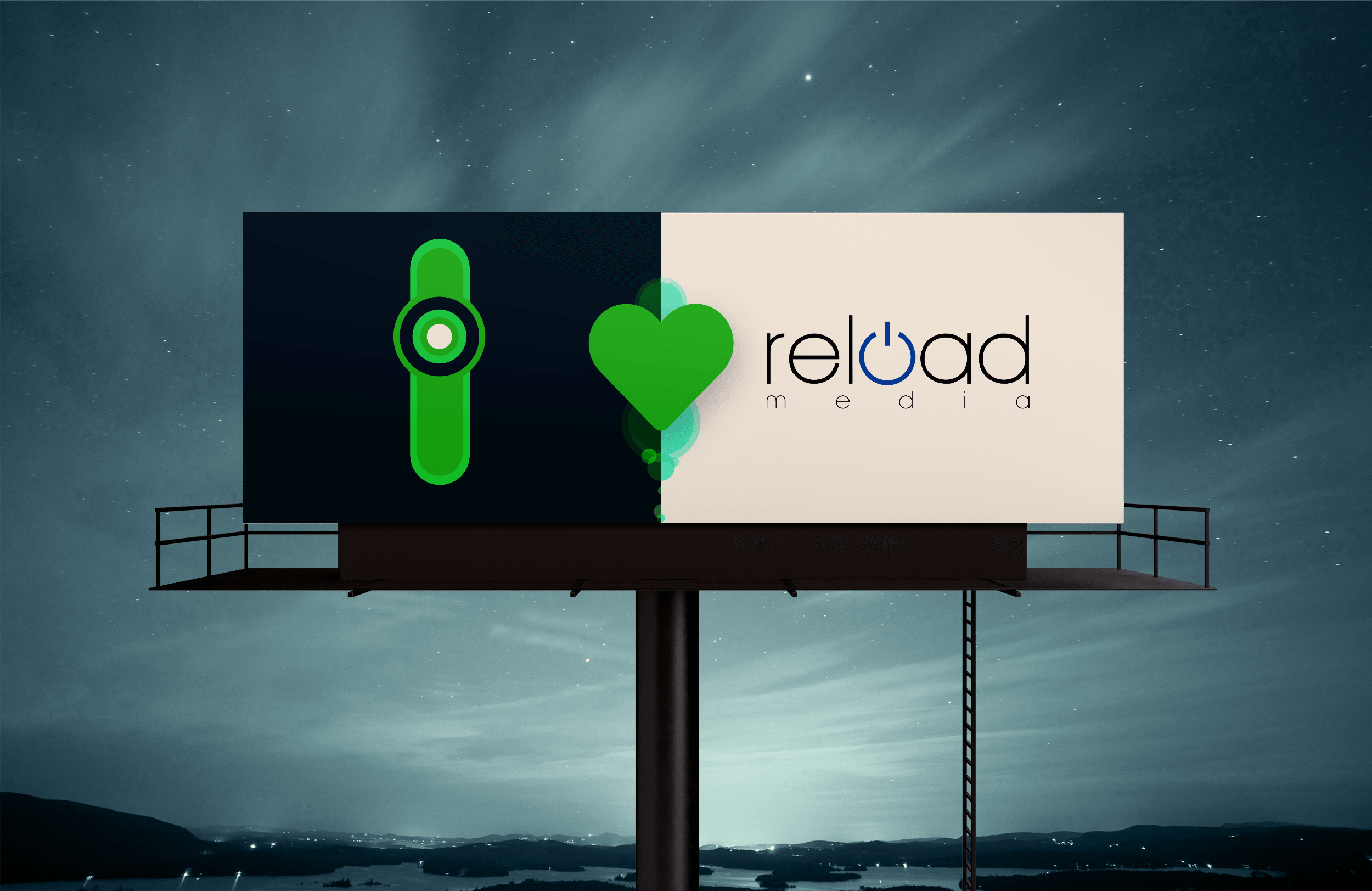 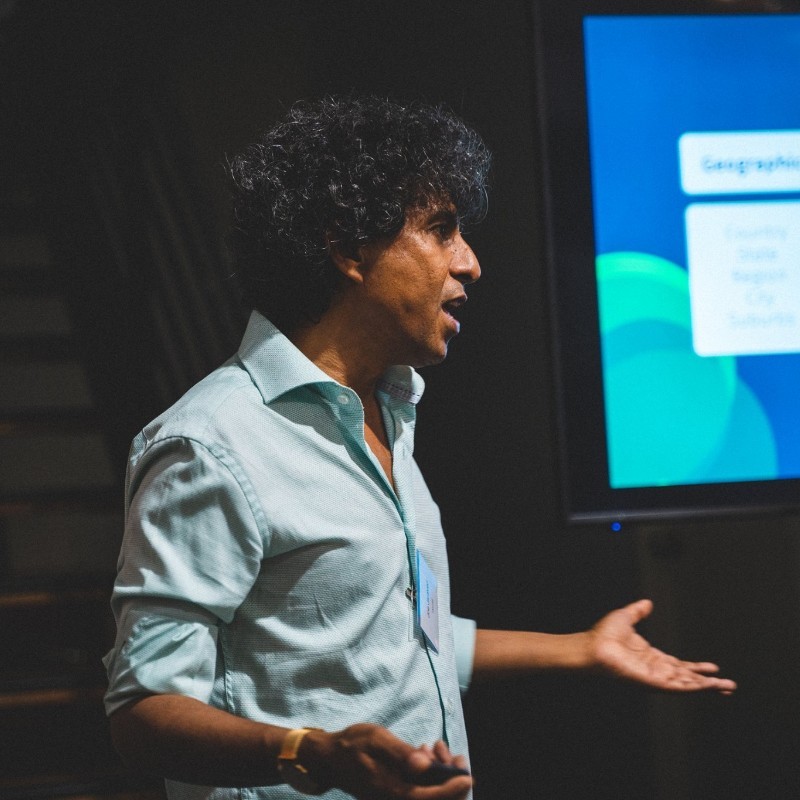 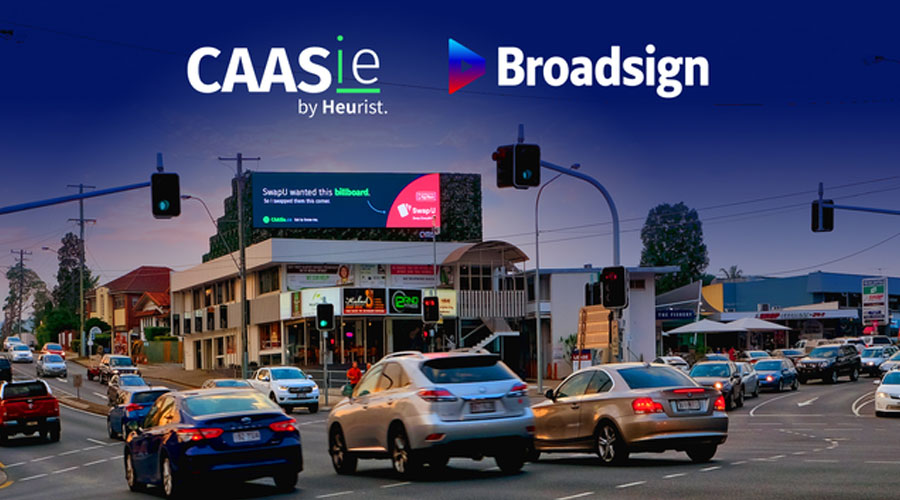 SIGN UP - for free 
Is that...burning I smell? No, nevermind I can’t smell.